The Price Of Blocked Drains

So you have a blockage?

Don’t worry! This happens all the time…Well, not all the time – but more than you think. Lot’s of Melbourne residents – especially those in the leafy green suburbs such as Brighton and Sandringham. So now you’re wondering what most people are wondering when they need a drain unblocked – “what’s this going to cost me”.

As it turns out – when you have a blocked drain under your house, you still have another level. first up – you’ll need a plumber to come and inspect the affected pipes. He will come and slide a camera down the pipe and see what exactly is blocking the drain – he will use what is called a ‘RidgidSee Snake’ as shown below:

This device has a chord that extends 60 meters long with a camera and light on the end. This device is then slid down the pipe of the affected drain and is used to detect any blocks. Now comes the fun part. It’s time to figure out whether you’re going to have to pay an arm or a leg – or whether this won’t even cost you $1,000.

To be honest – only a few things are causing issues within your underground piping system. It will either be tree roots, a broken drain or a build up or sanitary items that is causing the blockage in your pipes. 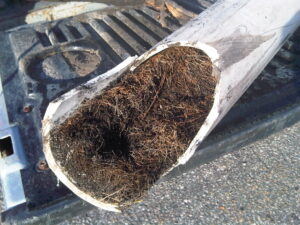 Trust me when I say – you definitely don’t want it to be a broken pipe that is causing the issue. Thatis 100% the most expensive issue to fix – nobody wants that. But to be fair – if you live in Bayside – you can probably afford it.And to be honest you, unfortunately, don’t have another choice.

we hope this article has helped! Please feel free to contact one of our friendly plumbers on (03) 5999 5559 with any questions! Or go to our contact us page to talk to us.